Five Seconds Saves the Bacon off the Floor!

The five-second rule by British scientists says you can 'safely' eat dropped food off the floor. But you need to be fast.

That means it is still good to consume even after it hits the floor.

Common bacteria and E. coli need more than five seconds to transfer from indoor floor surfaces to a piece of food.

That is according to microbiology evidence at Birmingham's Aston University.

The study measured how long it takes for bacteria to spread to toast. They also used selected sticky foods dropped to the ground.

Note: The type of bacteria present at the time increases the risk of food poisoning and sickness. 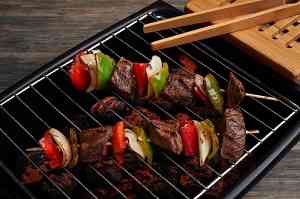 Somewhat surprisingly, carpet is one of the safest types of flooring to support the five-second rule.

But, a research Professor confirmed that there remains a risk of infection when consuming food after it gets dropped on the floor.

Science should get the praise for its findings.

Perhaps the five-second rule is real and the ancient myth of floor-bound snack recovery is finally disproved.

Note: Those who have a dog in the house may not even get the 5-second option. As most dog lovers will tell you, you have less than 2 seconds to grab the food before the family pet mutt gets it! But, it is worth checking out the toxic dog food list as many human foodstuffs are poisonous for canines.