Campaigners launch their anger at the most unscrupulous landlords. They highlight offences made by offenders amid a deepening crisis across the UK.

ROGUE LANDLORDS: The government estimates there are more than 3,000 criminal landlords and dishonest letting agents.

They faced enforcement action and prosecution for breaching the housing regulations in the past two years.

Accusations that landlords have been breaking housing regulations with unscrupulous impunity was further strengthened.

Evidence showed one crook converted a single house into nine individual flats illegally raking in an estimated £100,000 a year in rent.

There were other reports of 12 tenants' crammed into a property meant for only five people. That forced some of the tenants to sleep in the storerooms.

Fire safety regulations were blatantly flouted by another landlord. One tenant narrowly escaped with his life when a blaze broke out in the building.

The outcome from the housing market shakeup should result in stiffer fines. It should see long sentences for law-breaking landlords and letting agents. But, campaigners said highlighting a few of the worst and most recent cases was in fact - only the tip of the iceberg.

Too many reprobates are breaking the law and evading justice. Many are getting let off with little more than a perceived 'slap on the wrist'.

The chief executive who represents the housing charity Shelter also complained. He said it is still far too easy for rogue landlords and letting agents to take advantage of their tenants.

He also said that families are having their health put at risk. Some are living in downright dangerous homes!

He agreed that government must take steps to address the issue. They need to go much further to bring the scoundrels to justice. Introducing a register of landlords and further equipping local authorities with the resources would be a positive move on the crackdown. 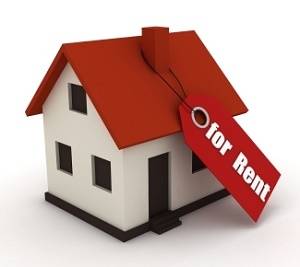 It follows a Freedom of Information case against the Ministry of Justice.

Recent figures released showed there were 2,006 convictions of rogue landlords between 2006 and 2014.

The resulting fines averaged around £1,500 per conviction totalling only £3m.

Generation Rent is one of the campaign groups. They claim criminal landlords rake in around £5bn in rent each year in the United Kingdom.

The government still insists that a raft of new measures should make it easier for local councils to bring them to justice. The stiffer regulations are due to take effect in the coming months.

Andreas Stavrou Antoniades was one such criminal who received the maximum £20,000 fine. He got found guilty of converting a north London terrace house into nine flats. His penalty the equivalent of little more than a few months of rent from one property.

Ministers have now proposed a national minimum bedroom size as part of the new housing bill going through parliament. It is their intention to stop landlords carving up houses into ever smaller rooms. Many refer to them as 'beds in sheds'.

The British government announced that a share of a £5 million fund would be available for the 65 worst-affected councils. The money could get used to tackle the problem by carrying out more raids and demolishing illegal outbuildings.

The new regulations will also create a database of landlords and letting agents convicted of certain offences. There would then be banning orders for the most prolific and serious offenders.

There is likely to be new civil penalties of up to £5,000 for rules' breaches. We could also see more stringent tests for 'fit and proper' landlords. Nonetheless, the new database will not be accessible for the general public. It will get used most by local authorities and central government.

The Department for Communities and Local Government do not hold a list of rogue landlords centrally. But, some individual councils frequently publicize cases of law breaking and housing regulations exploitation.

Assured Shorthold Tenancy Notice: Check out the new AST rules for landlords and tenants.
Gas Safety at Work: British Gas Business says safety failings could put workers at risk.
Immigration and Visa Laws: A guide with current information on visa and immigration rules.
Landlord and Tenant Rules: How to follow the strict rules of conduct on tenancy agreements.
Landlord Right to Rent Checks: The new rules for anyone renting out a room to tenants in England.
MEES Energy Regulations: The 1st of April 2018 sees new energy regulations come into force.
Workplace Safety Records: UK claims one of the best workforce safety records across EU.
Workplace and Benefits News Articles: Hot off the press workplace news articles from A to Z.