NAVS UK: The risk of animal experiments rising in Britain are seen as a realistic possibility by NAVS.

Their immediate concern is to stop hard-fought EU regulations getting wiped out or rolled back in the United Kingdom.

Outdated animal testing has seen some improvements. They have resulted in less suffering and significant progress in recent decades.

The use of advanced non-animal techniques is key. But, 2015 government figures still show a rise in the number of animals used for research. The statistics show a staggering 4,142,631 animals.

The President of the National Anti-Vivisection Society left no doubt in their views of the current situation. They said:

"Since the introduction of advanced scientific methods, we and the public expect to see year-on-year reductions in animal use. This increase is not what the public wants. The prospect is that Brexit could turn the scientific clock back. That could return outdated methods and it is a real concern."

There is one big worry. Researchers who previously called for less regulation on animal experimentation may view Brexit as a new opportunity. It could reintroduce less scrutiny and more oversight in the United Kingdom. 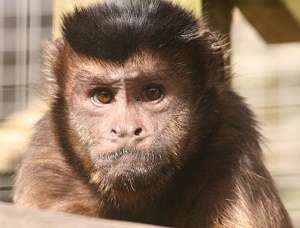 The UK is very unlikely to legalize cosmetics testing on animals. The EU Cosmetics Directive bans the importation of products tested on animals before.

It is a Directive which prevents many countries from selling animal tested cosmetic products in Europe. That also prevents China and America.

The United Kingdom post Brexit will be a testing time for those trying to phase out laboratory primate use.

There were EU proposals aimed at ending the use of monkeys born from parents caught in the wild. But, they appear to be weakened unless the UK demands the same standards.

The UK does not currently use this practice. But, stopping the principle monkey dealers in Vietnam and Mauritius could be difficult. They restock their factory farms with animals captured in the wild. Stopping that could be less united without the involvement and support of Britain.

It is also uncertain whether the proposals to reform Section 24 (the 'secrecy clause') of the Animals (Scientific Procedures) Act 1986 (2012 Amended) (ASPA) will go ahead.

No decisions have been given over the two years that have already passed since the Government consultation on Freedom of Information (FOI) and Section 24.

Note: Section 24 of the ASPA places a blanket ban on the release of details about animal experiments, preventing wider public and scientific scrutiny of decisions made by Home Office officials.

The adoption of EU rules and regulations in 2015 changed the method of capturing the 'Statistics of Scientific Procedures on Living Animals, Great Britain'. Since the rules' change, the severity of procedures get published at the end of the project, instead of the beginning.

The Home Office figures have two levels of suffering - severe or moderate. Their statistics show that at least 750,000 experiments and breeding procedures forced 185,100 animals to suffer 'severely'. Some 567,058 suffered 'moderately'.

In these cases, the definition of 'severe' suffering includes internal bleeding, nerve damage, and heart failure. The term 'moderate' suffering may include implanting a device into the skull of monkeys. Common adverse effects often include wound infections in laboratory primate use.

Out of 1,869,519 'mild' experiments conducted on mice, the testing included food or water restriction. It was to motivate performance in behavioral tasks and electrical shocks to the feet.

Studies performed in the use of animals in research by the National Anti-Vivisection Society provide a wealth of results and information. They highlight the fundamental differences between different species in their reaction to substances.

NAVS are adamant that a replacement of outdated animal testing is a necessity. Using advanced, scientific techniques which are more relevant to humans, helps to reduce the amount of suffering and cruelty imposed in lab animal testing.

Articles about Workplace and Benefits: Headline stories and workplace news articles from A to Z.
Is Newt Protection Hampering Builders Jobs? Protecting 3 native newt species in the Britain.
Pet Monkey Law UK: The RSPCA is against it but is it legal to have a monkey as a pet at home?
Transporting Livestock Regulations: Key rules and regulations for transporting animals by road.