Amazon, the electronic company, are guilty of shipping dangerous goods by air, into and out of the UK. The jury in a London crown court handed out the decision.

They found the retailer guilty on four charges of breaching air navigation rules.

The dangerous products included flammable aerosols and lithium-ion batteries. The offences took place over a period between the beginnings of 2014 up to June 2015.

Their guilty verdict applies to causing dangerous goods delivered for carriage in an aircraft.

The Civil Aviation Authority (CAA) confirmed the breach of air navigation and UK flying rules. It was the CAA who brought about the prosecution. They cited the air navigation (dangerous goods) regulations 2002.

UK air transportation laws govern the handling of how dangerous goods during flights. The law also relates to the classification, packaging, and labelling of these goods. Not to mention the dangerous goods training completed by staff packing and sending them.

A spokesperson for Amazon commented: The safety of the public, our customers, employees and partners is an absolute priority. We ship millions of products every week. We have confidence in the sophisticated technologies and processes developed to detect potential shipping hazards. We are working to further improve and continue to work with the CAA in this area."

Amazon receives an indictment for the way it transports 'potentially' dangerous goods in aircraft. It included items such as batteries used to power mobile phones and laptops. 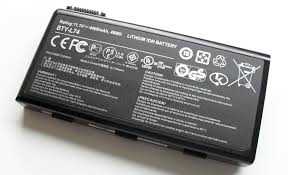 The CAA in Britain brought about the accusation against them. It emphasizes the risk of a plane crash if batteries or other hazardous materials caught fire during a flight.

Despite these claims, a report suggests that Amazon disputed the indictment. They also deny any wrongdoing.

The company's legal representatives entered a 'not guilty' plea. There were 11 counts relating to the charges. Stringent aviation rules in the UK prevent companies from shipping such items if they know they could be unsafe.

The legal case draws particular attention to a specific range of lithium ion batteries. They get used most to power computer laptops and modern mobile phones. These devices are quite common among travellers. But, it could be a catastrophic result if a lithium ion battery overheats in flight.

There is an inherent risk of lithium batteries overheating. If they catch fire they can burn out of control once alight because of the way they get made. There have been several recorded cases where batteries have caught fire on a plane.

In fact, there have been a few notable plane crashes after onboard fires. One was in 2010. A UPS freighter crashed in Dubai and one in 2011 attributed to an Asiana Airlines freighter. The Boeing 787 Dreamliner was initially grounded over lithium ion battery fire safety issues on airplanes.

The National Transportation Safety Board (NTSB) created this article following the onboard fire.

"It was 10:21 a.m. on Jan. 7, 2013. It was about a minute after all 183 passengers and 11 crew members from Japan Airlines Flight 008 disembarked at Boston's Logan International Airport. A member of the cleaning crew spotted smoke in the aft cabin of the Boeing 787-8.

A mechanic opened the aft electronic equipment bay of the plane as it parked at the airport gate. He saw billowing smoke and flames coming from the batteries for the 787's auxiliary power unit (APU).

He tried to use a fire extinguisher, but the blaze didn't go out. The culprit was a lithium-ion battery manufactured by GS Yuasa. They found it to be under a condition known as a thermal runaway. This occurs when the heat from a failing cell causes itself and surrounding cells to fail. In turn, thereby generating more heat."

Jeff Bezos is CEO at Amazon and he provided this statement following the indictment.

"The safety of the public, our customers, employees and partners is an absolute priority. We are confident in our safety programs. Even so, we continue reviewing and improving them."

Articles on Safety and Health: Get the latest stories about safety regulations and health laws.
Amazon Prime Air Drone Program: A drone-based delivery system operating in the United Kingdom.
Flying Regulations: A section gliding you through all the categories of aviation rules and regulations.
Passport Rules: United Kingdom rules for passport photos are specific on size, format, and quality.