Charity doesn't always begin at home! New grant restrictions preventing charities from lobbying ministers are being seen as 'not very charitable' at all.

CHARITY GRANTS: Some charities have said they 'will feel like they have been silenced'.

The comments relate to new government regulations on charity spending.

Charities can still use privately-raised funds to campaign as they like.

But, they compared the new rulings as the equivalent to making them take a 'vow of silence'.

From May 2016, charities and organisations will no longer be able to spend taxpayers' money on lobbying political campaigns and ministers.

Instead, the aim of the new clause is to steer funds to good causes, according to the Cabinet Office.

All this dismayed chief executive of the National Council for Voluntary Organisations. He said it was an 'insane policy' and in reality it had no way of working properly.

He described the 'draconian' move as tantamount to making charities take a vow of silence and then went on to say:

"Take any service charity funded to run a helpline. They may well be dealing with ex-servicemen, there will be policy issues that emerge from that. They're not allowed to tell the government?

There is another reason. If you've got mixed funding, how are you going to know which is the government's money, and which is somebody else's?"

The new conditions only apply to grants made from central government departments in the United Kingdom. 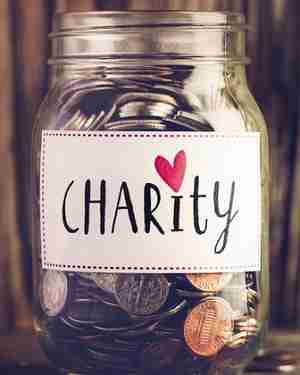 The result means charitable organisations will not be able to use allocated grants for an activity which is:

Even so, charities will still be able to use privately-raised funds to campaign as they see fit.

The right-of-centre think tank, the Institute of Economic Affairs (IEA) said they thought the changes were a step in the right direction.

They commented that the new government grant rules for charities were not attempting to silence or stop charities.

It is all about campaigning and lobbying for the things that are important to them.

In response, the Cabinet Office Minister said taxpayers should get forced into footing the bill for political lobbying. Their money should not get wasted on government lobbying. It should go towards improving people's lives and spreading opportunities.

A BBC political reporter said questions still need answering about exactly how the new rules would get enforced. It is unclear how charities would prove which pots of money funding for lobbying came from.

The system got trialled in grants provided by the Department for Communities and Local Government. But, ministers insisted it had not curtailed the ability of charities, such as Shelter, from lobbying on housing legislation.

The major concern in Whitehall is that some charities seemed to have been set up primarily to lobby. This move follows research conducted by the IEA into so-called 'sock puppets'.

These are situations where taxpayers' money does go to pressure groups. The intention is to campaign for policy changes or for extra money.

Business and Finance News: Key headlines about business regulations and financial rulings.
Charging VAT to Charities: How and when businesses can sell goods at zero or reduced rates.
Fiduciary Duty Rules: No law amendment or clear decision on the fiduciary duties of Pension Trustees.
Money Laundering Regulations: Check out a new directive aiming to scupper terrorist financing.
Profitable Challenger Banks: A new breed of credible opportunities for shareholders and investors.